On Changing the World as a Mother.

I was raised with one very clear message: you can be, and do, anything you want. That’s the crux of the American dream, right? In this country you can choose who you want to be, where you want to go, and how you want to live. I was also raised in the church. Every youth group, every chapel in college, every talk included a reference to “changing the world” or even taking on the title of “worldchanger”.

This came as part and parcel of being an evangelical in the ’90s. The missionary mindset was strong. But when I pictured a “worldchanger”, I pictured something glamorous. Traveling to a foreign country, taking a prestigious job, always being in front of the lights, people noticing me. Changing the world was BIG. It involved lots of numbers, lots of people, lots of impact. It fed into my already narcissistic dreams of “making a difference”.

This always posed a problem when it came to my actual life. Because my actual life, and my actual career, was never that glamorous or “world changing”. I leased apartments out of college so we could save on rent while my husband went to school. I then rented cars at a local dealership for Enterprise Rent-A-Car, washing cars in the Florida summer heat and going back inside to attempt to sell damage waiver to a disgruntled customers. Nothing about the vision that I was given for doing something great with my life seemed to be playing out.

It took until I was 25 to realize that I was called in one way or another to ministry. My journey hasn’t looked very typical, but I knew I had to pursue this path. Something had been ignited in my spirit, but the “world changing” still didn’t happen. I took a job at a local non-profit as a administrative assistant. I knew I was exactly where I needed to be, but I was frustrated that I wasn’t doing more, or given more leadership. Mind you, I was only 25.

I never felt like I was “changing the world” the way I had been hyped up to believe in college, but I did feel like I was on the right track toward my day-to-day work reflecting my values.

Then, I became a mom.

And my universe got really small. As in, the size of my baby’s little body. And I began to wonder about my world-changing capacity. I mean let’s be honest, I could barely function without enormous amounts of caffeine. And I couldn’t exactly hop on a plane to somewhere exotic to tell them all about Jesus. Heck, I could barely get out the front door with my sanity intact.

So I decided that for this season, Evie would be my world. I would be hers. And we would change each other, together.

How can it be a large career to tell other people’s children about the Rule of Three, and a small career to tell one’s own children about the universe? How can it be broad to be the same thing to everyone, and narrow to be everything to someone? No; a woman’s function is laborious, but because it is gigantic, not because it is minute. I will pity Mrs. Jones for the hugeness of her task; I will never pity her for its smallness.

–What’s Wrong with the World by G.K. Chesterton

Chesterton believes that changing the world for one is as valuable, if not more so, than becoming one who changes the entire world, or at least parts of it. This resonates with me as a mom. It is beautiful, and it rings true, especially when I think about the hugeness of my task of raising my beautiful girls, miracles both.

But there is one small problem.

When Mr. Chesterton wrote these words, women were scarcely being educated to take up any role outside of the home. Higher education was only beginning to become an option for women. The higher education that women have acccess to today, like so many other basic human rights, were things that had to be FOUGHT for. They didn’t simply happen.

Regarding the atmosphere in higher education at the time, one source states:

“In addition to the clergy at Queen’s College in London, some of the loudest voices arguing against women’s higher education were those of the medical profession making a case from science for its detrimental effects on the ‘less robust’ sex. Particular concern was caused by the medical theory of ‘menstrual disability’, a belief that spawned a condition coined ‘anorexia scolastica’ which was believed to be a debilitating thinness and weakness resulting from too much mental stimulus, especially during menstruation. Pioneers of higher education took these warnings seriously.”

So, with all due respect to Mr. Chesterton (I appreciate much of his work), you can keep your pity. Mrs. Jones wasn’t choosing her task. She had no say in it whatsoever.

Fast forward a few hundred years. Women now are more likely to have a degree than men. But once we have children, the mood in the room shifts.

And suddenly we are transported back to Chesterton’s day.

We are told that changing the world for one is our primary concern. There isn’t room for conversation, questions, tension, or nuance. This is the way it is.

How can a church that called girls “worldchangers” in high school youth group meetings turn to them fifteen years later and say “now motherhood alone is your space: occupy it with joy and thanksgiving” once they have children? Is this not the definition of hypocrisy?

Ultimately, both extremes leave me lacking. “Changing the world” can simply be an ego-driven way to spiritualize your own ambitions. We all know that we can make change in the world, but many of the most profound changes come in the small moments, the hidden things, the things that nobody else will ever see. Mothering provides many of those moments. My role as a mother and the privilege that I have to shape my children’s entire world, and therefore shape the world through my children, is magnificent.

But to put my faith in either of those extremes is to either feed my own ego or martyr myself at the foot of the motherhood role, and I will do neither.

I recognize the singular opportunity that it is to raise my children- there is no other person like them on the planet, and our family relationships are the soil in which their emotional lives will take root. I take that very seriously. I want to be the very best mother I can be.

Changing the world looks so different than I ever imagined. How about you? 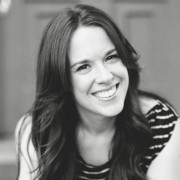